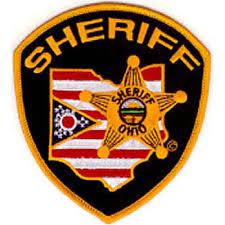 Marvin August Schwiebert, 68, of Ottawa, Ohio passed away unexpectedly Sunday, September 5, 2021 at St. Rita's Putnam County Ambulatory Care Center, Glandorf after spending the afternoon mowing his lawn.
Marvin was born August 19, 1953 in Napoleon, Ohio to the late Rudolph "Rudy" and Olga (Junge) Schwiebert.
Marv was a 1971 graduate of Patrick Henry High School.  Shortly after high school, Marv worked as a lineman before he decided to dedicate himself to law enforcement.  He would go on to work many years as a deputy with the Henry County Sheriff's Department.  Marv then moved to Putnam County and worked closely with former Sheriff James Beutler and current Sheriff Brian Siefker for over 28 years.  He finally retired as a lieutenant detective in 2019 after 44 years of service.
He was a lifetime member of Hope Lutheran Church, Hamler.  He was also a member of the Ottawa Eagles and the Hamler/Marion Township Volunteer Fire Department.  Over the years he enjoyed bowling leagues, golf leagues and volunteering with Habitat for Humanity.  Marv found great joy in riding his motorcycles; fishing and hunting.  He always found peace and freedom in the outdoors.  He never met a stranger and it was hard for him to go places without meeting someone he already knew.  His ornery, fun behavior kept him in constant motion and he built countless relationships along the way.
Marv and his fiancé Mary Ricker shared their lives with 6 children, Christopher (Jessica) Schwiebert; Andrew Schwiebert; Michael (Ashley) Schwiebert; Kayla (Andrew) Smith; Brooke (Jeff) Recker; Zack Ricker; grandchildren, Maddisen (Alex) Keel; Cameren Schwiebert; Logen Schwiebert; Audreana Schwiebert; Illiana Schwiebert; Layke Schwiebert; Calleigh Schwiebert; Amre Branson; Brayen Smith; Avery Smith; Alaina Recker; Lillian Recker; great granddaughter, Stella; sister, Jeannette (Dwight) Zeisloft; brothers, Robert Schwiebert; Howard (Deb) Schwiebert, sister-in-law, Cheryl Schwiebert and countless extended family members and close friends he he considered family.
He was preceded in death by his parents; Rudy and Olga Schwiebert; son, Jonathon Hoffman; two sisters, Lucille Schwiebert; Jalaine Mehring; and two brothers, Ronald Schwiebert and James "Jim" Schwiebert.
Funeral services will be 11:00 a.m. on Friday at Hope Lutheran Church, Hamler with Rev. E. Barbara Gibson officiating.  Graveside services will follow in the church cemetery.  The services will be live-streamed on the Hope Lutheran Church Facebook page.
Visitation will be from 4-8 p.m. on Thursday at Feehan-Rodenberger Funeral Home, Deshler and from 10-11 a.m., Friday prior to the services at the church.
The family suggests memorials to True Lure "No-Kill" Deer Hunts.
Messages and memories can be left for the family at www.feehanrodenbergerfuneralhome.com

Marv's family would like to take this time to thank everyone for their love and support.  They encourage you to to consider organ donation as a way to celebrate Marv's life.