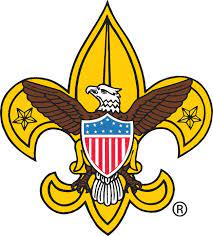 Timothy “Tim” Myler Black passed into the loving arms of Jesus on Saturday, July 31, 2021 surrounded by his family.

Tim was born on June 23, 1958 in Findlay, Ohio to the late Theodore “Ted” and Carol (Cromwell) Black. He graduated from Findlay High School in 1977 and immediately entered the workforce living a life of service to others. Tim married Tracy Parker on August 7, 1993 and they built a home and life that they both loved, together, in Deshler, Ohio.

Tim was a 42-year employee of Cooper Tire and Rubber Company from which he retired in 2017, and he began working at the Hancock Hotel in Findlay. His dream was to retire again in a few years and drive a school bus in his second retirement.

He was an avid rail fan, and despite being an Ohioan, also a Michigan football fan. Tim and his wife met as members of the Fort Findlay Playhouse where he worked in a technical aspect. Tim was a member of New Beginnings United Methodist Church where he served on the church council, past member and president of the trustees, and head usher. He was also a member of the Henry County Senior Fair Board where he could be found helping just about anywhere needed and doing it with gusto. Tim was a Cubmaster of Pack 68 in Deshler for many years and moved onto Troop 262 in Hamler with his sons where he served as a Scoutmaster, and later as an Assistant Scoutmaster for Troop 46 in Napoleon. He was also a Brotherhood member of the Mawat Woakus Lodge in the Order of the Arrow. His favorite activity was summer camp, especially with Troop 262, at Camp Lakota in Defiance.

He was also preceded in death by his mother-in-law, Janis “Petie” Parker.

Funeral services will be held at 11:00 a.m. on Wednesday at New Beginnings UMC in Deshler, Ohio with Pastor Chris Walter officiating.  Burial will follow at Woodlawn Cemetery, Deshler.

Visitation will be held from 2-8 p.m. on Tuesday at Feehan-Rodenberger Funeral Home, Deshler and from 10-11 a.m., Wednesday prior to the funeral service at the church.

The family requests memorial contributions to be designated for either Camp Lakota or to the Henry County Fair.

Messages and memories can be left for the family at www.feehanrodenbergerfuneralhome.com