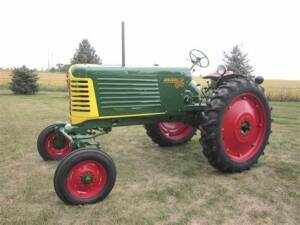 William Walter "Bill" Wilhelm, 82, of Deshler, Ohio passed away Tuesday afternoon, October 25, 2022 in a farming accident.
He was born August 15, 1940 in Custar, Ohio to the late Walter and Ernestine (Dowden) Wilhelm.  On October 15, 1966 he married Linda (Diem) Wilhelm at Immaculate Conception Catholic Church, Deshler and she preceded him in death on July 21, 2019.
Bill was a 1958 graduate of Jackson Township High School and he served in the Ohio Army National Guard.  He worked for over 18 years as a press operator and welder at Defiance Metal Products and was also a truck driver for over 30 years for various trucking companies.  His favorite job was surely that of a farmer.  He was blessed with years alongside his father and the most recent years with his son.  He always had a passion for Oliver tractors and he collected all kinds them; from many old styles to even the toys.
He was a lifetime member of St. Louis Catholic Church, Custar and the Deshler American Legion Post #316.
Bill was always wanting to be outdoors and found happiness in things involving the woods and nature.  He was an avid hunter and trapper.  He chased many raccoons, deer and coyotes in his adventures.  This passion led to an interest in collecting guns, knives and many tools of the trade.  When he was at home and couldn't sit still, he took on woodworking, wood carving and caring for many flower and vegetable gardens to keep himself busy.  He enjoyed years of camping, whether he was taking his family to the Lazy River Campground in Pioneer, Ohio, spending his winters in an RV in Mesa, Arizona, or the occasional trip to Amish country.  His ornery personality, but fun loving nature will forever be remembered by those he cared for.
He is survived by a daughter, Holly (Greg) Smith; son, Ryan (Rebecca) Wilhelm; 5 grandsons, Austin, Dylan and Griffin Smith and Wyatt and Cooper Wilhelm; and special companion, Sandra Bowers.
He was preceded in death by a daughter, Heidi Wilhelm and sister, Mary Pahl.
A funeral mass will be celebrated at 11:00 a.m. on Monday at St. Louis Catholic Church, Custar with Fr. Walter Tuscano officiating.  Burial will be in the St. Louis Catholic Cemetery and a luncheon will follow in the school basement.
Visitation will be from 1-7 p.m. on Sunday at Feehan-Rodenberger Funeral Home, Deshler and from 10-11 a.m. on Monday at the church.
The family suggests memorials to Deshler Edwin Wood Memorial Library; Patrick Henry Archery Club or the St. Louis Catholic Church.
Messages and memories can be left for the family at www.feehanrodenbergerfuneralhome.com.